Lahinch Golf Club is a world renowned links golf course in the village of Lahinch on the northwest coast of County Clare, in northern Munster, Ireland. Founded in 1892 by officials of Limerick Golf Club Alexander W. Shaw and Richard J. Plummer, they laid out an 18-hole course, the original course had ten holes on each side of the road.[1] It has often been described as the “St. Andrew’s” of Ireland. The original links was laid out by Old Tom Morris. Alister MacKenzie. Lahinch is one of the best links in the world and is a must play whilst golfing in Ireland. 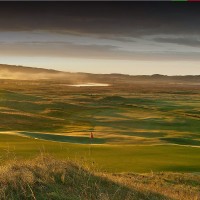 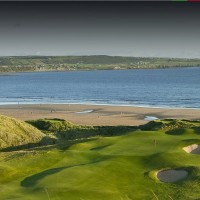